One of the biggest reasons why people became London vapers is because they wanted to quit
smoking cigarettes. Cigarettes have too many toxic chemicals filled with nicotine and tax, which
cause lung cancer and other breathing problems. Long term smokers who wanted to quit the
habit resorted to vaping as a solution to suppress cravings more healthily. Nicotine patches and
gums aren’t for everyone. Most people prefer flavourful vapes as the best alternative to
smoking cigarettes. There are many flavours to choose from, which has made vaping an exciting
experience. It is also a lot of fun to learn how to maintain these devices, and celebrities aren’t
prone to this trend. Here are some of the most famous people in the world who kicked their old
habits and started vaping instead.
Leonardo DiCaprio
The Oscar-winning superstar from popular blockbuster hits, such as “Titanic” and “The
Revenant” used to smoke a lot of cigarettes before. In Titanic, you would have seen him
naturally light a stick or several because he often smoked off-camera too. Leo is rarely seen
without a vape these days, whether he is attending an awards gala, partying on a luxury yacht,
or even riding a bike. Although smoking might not be allowed indoors during awards
ceremonies, who can say no to Leo having a hit?
Johnny Depp
The Pirates of the Caribbean star has often been spotted enjoying an e-cigarette while out in
town. It makes us wonder if he found some “Rum” flavoured e-juice which would go well with
his quirky character, Captain Jack Sparrow.
Lindsay Lohan
Our favourite “Mean Girl” has been spotted looking stylish in a leather jacket vaping a Blu e-cig.
She has chosen a healthier lifestyle and calls London her second home. She was also seen basking
in the Californian sun while reading a script and vaping again. We wonder what her favourite
flavour is and how soon that script is going to release on the big screen because we simply can’t
wait.
Katherine Heigl
Katherine Heigl played one of the best doctors on “Grey’s Anatomy” during the earlier seasons.
She also made us laugh with Seth Rogan in “Knocked Up.” Her love for vaping is so strong that
she convinced David Letterman to take a hit on live TV. Only Heigl can turn vapes into an epic
conversation on the Tonight Show.
Katy Perry
The roaring singer is often spotted with both her hands full. One hand casually holds a beer
while the other grasps one of the latest e-cigarettes on the market. We wish we could look this
stylish while vaping on the go.
Sienna Miller
Unless you are as famous as Sienna Miller, you will probably get kicked out by security for
vaping during the Golden Globes. She pulls it off like a natural with her stealthy device that only
paparazzi notice while others around her remain oblivious. We can’t fault her for taking a risk
because it is healthier than lighting up a cigarette.
Jack Nicholson
All work and no vape makes Jack a dull boy. Jack Nicholson has openly admitted that he began
vaping to quit smoking tobacco. We applaud his decision to live a healthier lifestyle and are just
about ready for a sequel to The Shining.
PewDiePie
Anyone who is into gaming is obsessed with this Swedish YouTuber. Millions of his fans often
catch him with the Coolfire IV box mod vaporizer in his videos. We just hope that all his fans are
above the legal smoking age requirement if they want to start vaping too. 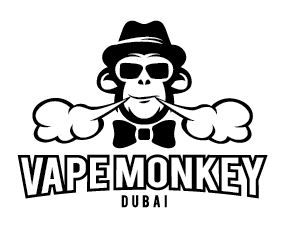